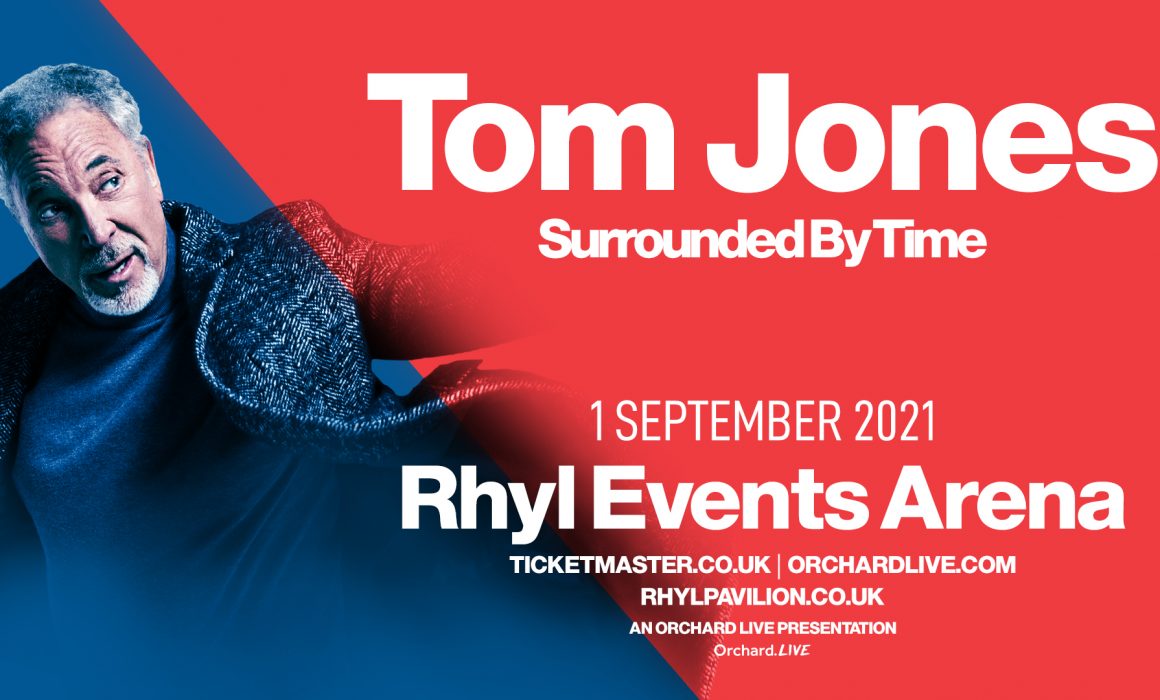 National treasure and Welsh icon Sir Tom Jones will play an exclusive outdoor concert at The Events Arena in Rhyl on Wednesday 1st September 2021. The show is an additional date for North Wales alongside several rescheduled shows across the UK.

Tickets go on general sale on Friday 16th April at 10am and are available from ticketmaster.co.uk or rhylpavilion.co.uk.

With a career spanning over five decades, Tom is a tour de force in music, winning the admiration of critics for his live performances and a career that has seen him record over 40 albums! In that time, he has amassed more than 100 million record sales, scored 36 UK top 40 hits and seen him knighted for his services to music.

Having just completed another series as a coach on The Voice alongside Anne Marie, Olly Murs and will.i.am. Sir Tom is now gearing up to release his much-anticipated new album Surrounded By Time on 23rd April.

“When we brought Tom to Colwyn Bay in 2015 everyone had such a good time, we just knew we had to bring him back to North Wales. Such an iconic artist coming to town means only one thing – a night to remember!”

“We’re thrilled to welcome Tom Jones to the Events Arena in Rhyl. It is fantastic to see such a high profile performer coming to Rhyl. Denbighshire Leisure Ltd is incredibly proud to be working with world-class talent like Tom Jones, and we are very much looking forward to the performance in September. This is yet another example of Rhyl becoming the destination of choice for investors and performers.”